Most of us, if not all, have been held up inside our homes for quite some time now. The COVID-19 pandemic has dramatically influenced outward travel from the Philippines. With travel constraints set up to restrain the additional spread of this virus, foreign travel from the country, whether for leisure, employment, or business, was severely impacted and changed with many travel requirements.

That said, it is understandable how some of us are excited to go out and get back to our travel itineraries, whether locally or abroad, for work or leisure. With this in mind, it is important to know the travel guidelines.

Manila Airports Guide (NAIA): Terminals, Airlines, and Getting Around

Specific Guidelines based on the Philippine Immigration Law

The following guidelines provide definite parameters in the strict enforcement of immigration departure
formalities intended for the prevention of trafficking in persons, illegal
recruitment, and other related offenses. These laws are hereby promulgated for strict
implementation/compliance by all concerned.
Read More

When traveling to the Philippines, you will most likely arrive at Ninoy Aquino International Airport. Also widely known as NAIA (pronounced na-ee-ya), this airport caters to the country’s capital region Metro Manila and its surrounding areas, and is usually where most cheap flights to the Philippines land.

It’s located in the southern part of Metro Manila, specifically in Pasay and Parañaque, and may also serve as a hub for travelers looking to go to other places in the Philippines.

NAIA is where most international passengers arrive and where all major airlines have their base of operations. It currently has four terminals, each of which serves specific airlines, which is often the root of confusion for most as well as the many different modes of transportation available.

NAIA has four terminals and they are simply named after their number. Note that they aren’t connected to each other, so best to double-check which terminal you should go to for your flight by checking your ticket.

NAIA Terminal 1 is where a majority of international flights are serviced. It’s the oldest terminal and accommodates an average of six million passengers a year.  Airlines in this terminal are:

NAIA Terminal 2 is exclusively used by Philippine Airlines, also known as PAL, and as the country’s national flag carrier.

This terminal caters to the rest of PAL’s international flights not mentioned above and a select number of domestic flights, namely: flights going to Bacolod, Davao, Iloilo, Laoag and Tagbilaran.

The terminal is also known as the Centennial Terminal to commemorate 100 years of Philippine Independence. 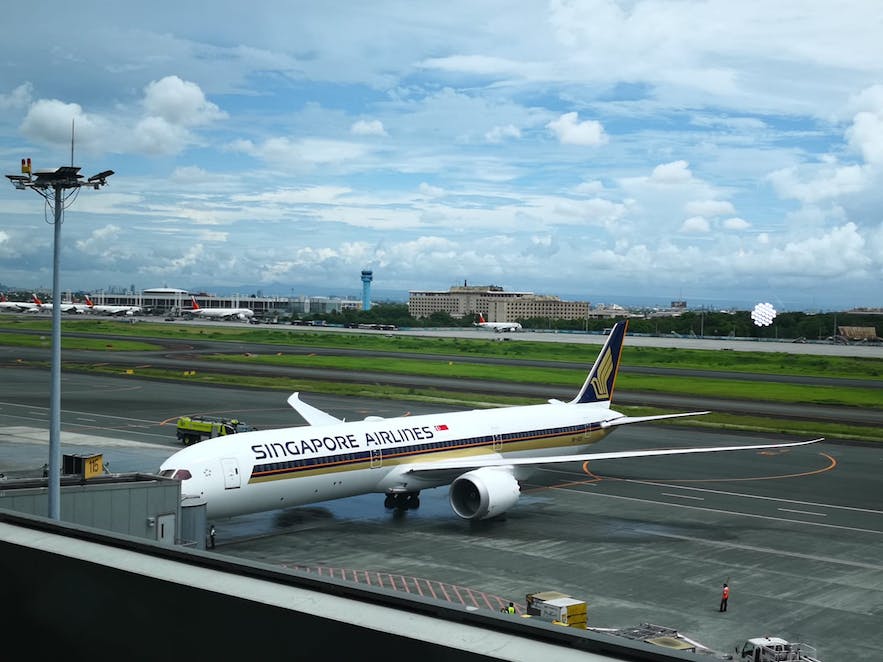 NAIA Terminal 3 is the newest and largest terminal and serves as a hub for international flights as well. It has the capacity to handle 13 million passengers a year and has a footbridge that connects to Newport City, making luxury hotels and entertainment complexes more accessible.

Since it was built to help lessen the congestion in Terminal 1, plenty of international airlines recently made the switch between terminals so keep an eye out for any changes. Currently, the airlines that operate here are: 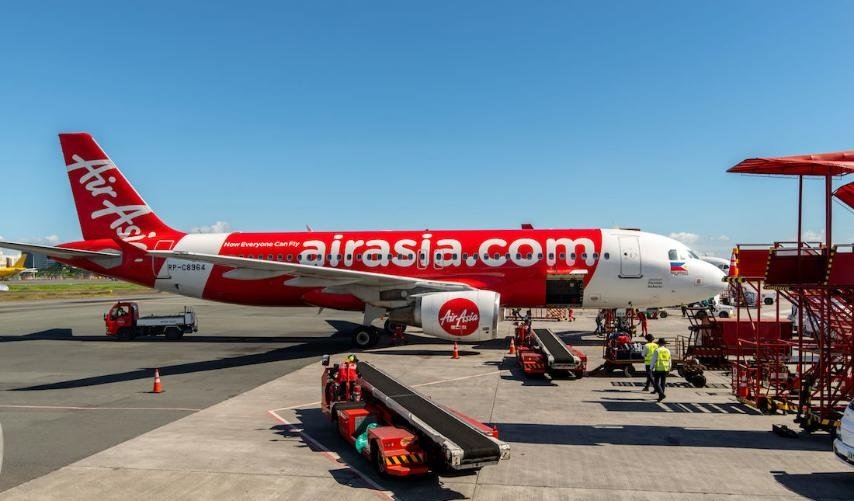 NAIA Terminal 4 mainly caters to domestic flights. It’s the oldest standing structure at NAIA and is known as the Old Domestic Terminal. Catering to both domestic and regional services, Terminal 4 services the following non-international airlines:

Before You Fly in NAIA: Here's What You Need to Know

The IATF has issued the guidelines on the pilot implementation of the alert levels system from COVID-19 response. This system or protocol will help prevent the spread of COVID-19 and its variants in the National Capital Region.

Travel requirements are still subject to change at short notice by the issuing government authority. As such, posting of the advisories below is not real-time and serve only as a guide. Please confirm your requirements directly with the offices/websites of your place of origin and destination. All passengers are encouraged to follow the guide, register in advance and pre-book their hotels as necessary to avoid any inconvenience and experience faster processing upon arrival.​

Of course, even before you consider traveling, you need to first weigh the (1) urgency and (2) the necessity of your travel. Makakapag-antay ba ang travel goals ko until the situation improves? If I do not attend to this in person, what are the possible repercussions? After you consider things and affirm the need to travel domestically or overseas, you should be guided by the so-called Travel Basics.

We make sure you get things covered for your trip from booking to arrival. So, here are some tips that you need to consider.

1. Flight Changes- Be notified on changes to your flight by providing your mobile number and e-mail address when you book directly via your airlines of choice.

If you purchased a ticket from a travel agency or third-party site, they will inform you on your flight changes.

3. Make sure that your Travel Documents are complete- Visas, permits, and documents required differ depending on your destination. Note that you are responsible for obtaining and holding all required travel documents and visas. Always ensure that you have these documents with you for presentation during your flight.

You must secure the visas, permits, and documents required by your destination or specific country. Make sure to have these documents with you for presentation during your flight.

4. Health Documents (including COVID-19 testing as necessary/ Vaccination certificate) and other travel papers are required when traveling to a destination country. Please make sure to be updated with the specific requirements for your destination country.

6. Carry-on Baggage- Each passenger is allowed one (1) piece of carry-on baggage with a maximum weight of 7 kg or 15 lbs. Know what should be inside your carry-on bag for a hassle-free trip.

7. Check-in Baggage- Properly pack your bags within the allowed free baggage allowance of your booking class and declare your items during check-in. For domestic travel without check-in bags, please proceed to the boarding gate with your printed boarding pass and valid ID, 45 minutes before departure time.

8. Online Check-in & Check-in Kiosk- You may also use the Check-In Kiosks at the departures area of NAIA Terminals 2 and 3 if you are traveling from Manila to any of our domestic airports. Make sure to print or save digital copies of your boarding pass. Click Online Check-in of your airline of choice for frequently asked questions.

10. Passengers with Connecting Flights- when traveling internationally, make sure to inform the check-in agents if you have a connecting flight with the airlines of your choice or with their partner airlines. You may request for a check through for all your flights from origin to final destination, and you to drop off your baggage in Transfer Desks instead of the Check-In counter after every flight. Some routes may send your baggage directly to your final destination. Each flight has varying free baggage allowance. Excess baggage fees will apply if your check-in luggage exceeds your baggage allocation in a connecting flight.

11. Required Travel Tax- If you did not include the Travel Tax charge when you purchased your ticket, please pay at the airport. Visit www.tieza.gov.ph for coverage and exemptions.

CLARK AIRPORT GUIDE: How to Get There, What to Do Before Flight

How to Get to Clark Airport From Manila

Clark Airport is located two to three hours from Manila. It actually also depends on which part of the city you’re coming from. If you’re not very lucky, traffic can make the travel time even longer. Thus, to be on the safe side, it is adviced to leave Manila six hours before yourflight schedule .

The Metro Manila P2P bus is a scheduled bus service that takes passengers through fixed routes. The most prominent route is the direct connection between NAIA and Clark International Airport in Angeles, Pampanga. This is handy for transit passengers connecting flights between the two airports.

You will find the NAIA-Clark P2P bus terminal at the arrival area of Terminal 3. For trips from NAIA to Clark, it only stops at Robinsons Galleria Mall at Ortigas Center before heading directly to Clark International Airport but trips from Clark to NAIA will stop at Terminal 1 and 2 before arriving at Terminal 3.

For more updates on this trip or route schedules, feel free to check the P2P Bus Planner page.

How to Get to Clark Airport From Subic, Olongapo and Dagupan, Pangasinan

The distance between Subic Bay and Clark International Airport (CRK) is around 84km (52 miles) and the quickest way to get there is to take a taxi which takes around 1h 5m.

For those who are considering to take the bus from Subic and Dagupan, below are the time tables for each trip. 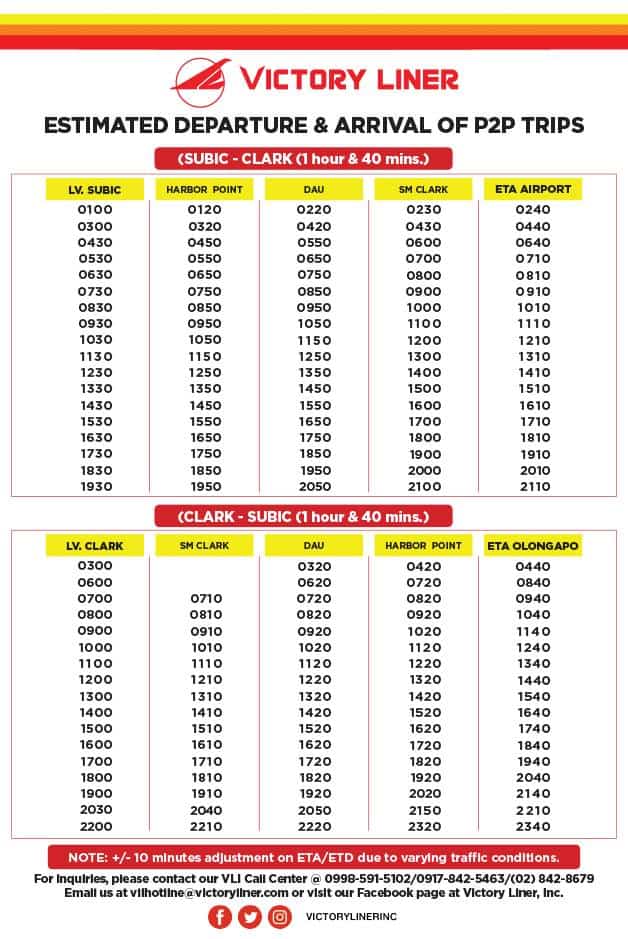 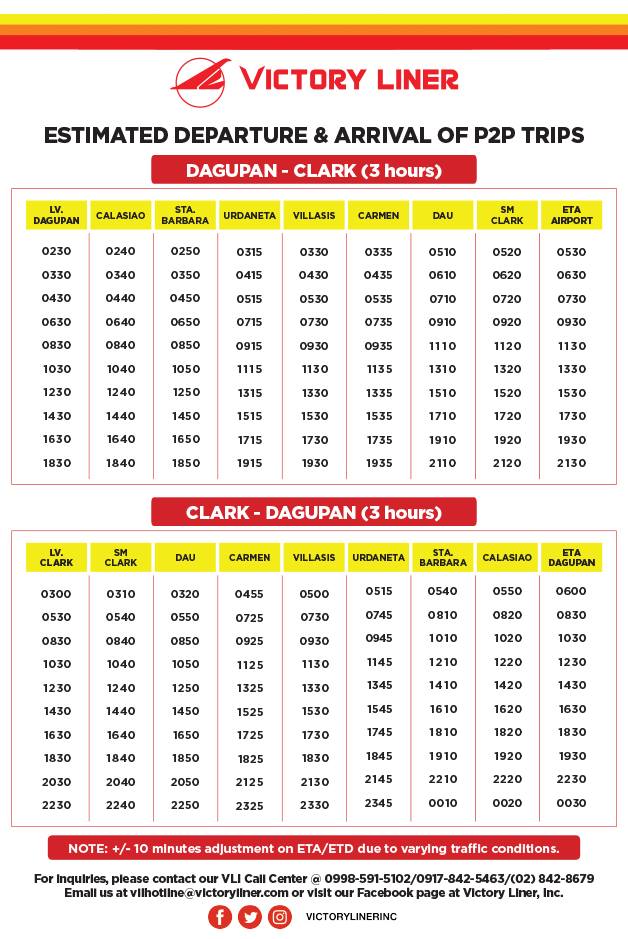 Before you Fly in Clark Airport: What To Do Before an International Flight

If you’ve flown to a foreign destination before from NAIA, then you won’t have any problem going through the check-in process at Clark International Airport. It’s almost exactly the same. If anything, it’s much easier because the counters lie close to one another.

After the final security check, head to the Pre-Departure Area. Check your boarding pass to see what gate you should go to. All you need to do now is wait for the boarding call.

ADDITIONAL TIP: There is a Foreign Exchange (FOREX) Counter at the Check-in Hall. If you want to exchange currencies before your flight, do so before approaching the Immigration Booth. (There’s no turning back once you made it through.)

Who Are Eligible for International Travel?

Even though the majority of the world continues to struggle with the global health crisis, it is important that you know the existing procedures and protocols that are in effect, especially if you plan to work abroad or travel overseas for business and other important matters.

The following individuals are allowed to travel to any part of the world through the airports or seaports in the Philippines, as long as they follow the country’s travel requirements and regular regulations of the government unit.

Others: Visa holders who live in another country and Foreign Nationals

Travelling Abroad for the First Time? 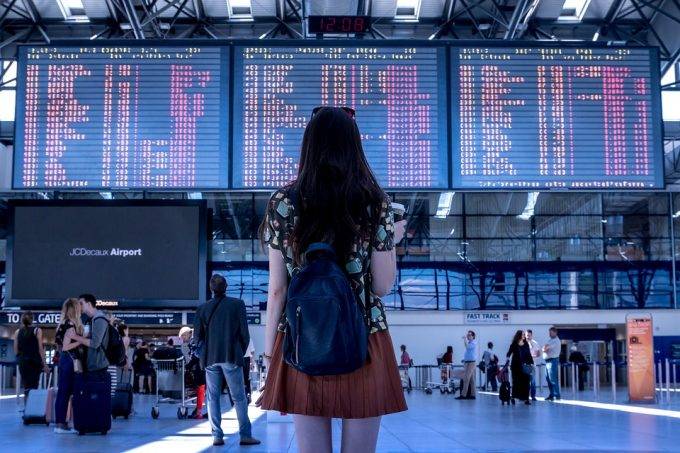 Travelling outside the Philippines for the first time can be super exciting and nerve wrecking. So here’s a quick guide on how you can ace travelling alone internationally. I created a separate post for it.

Item added to your cart

Continue Shopping Go To The Cart